In this article, I will try to explain how we deployed the backend services for Enigma 7.0, a a cryptic hunt held annually by IEEE-VIT. Participants compete for the top rank on the leaderboard by solving cryptic puzzles within a span of 48 hours. 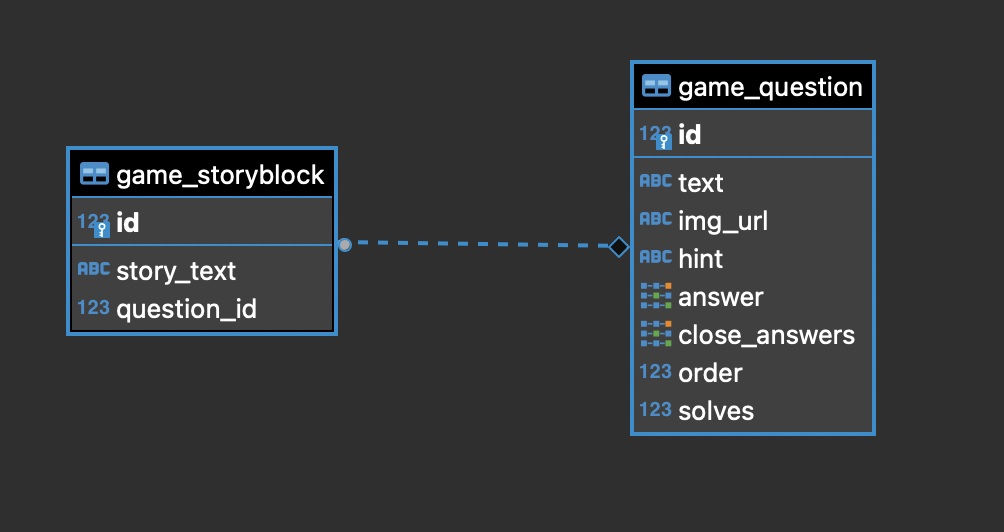 The Question tables stores the questions and information about the question itself. To make the game feel more immersive, we decided to add a story like experience to it. To enable this we have a Story table which stores “story blocks”, where each block is linked to a question via a foreign key. 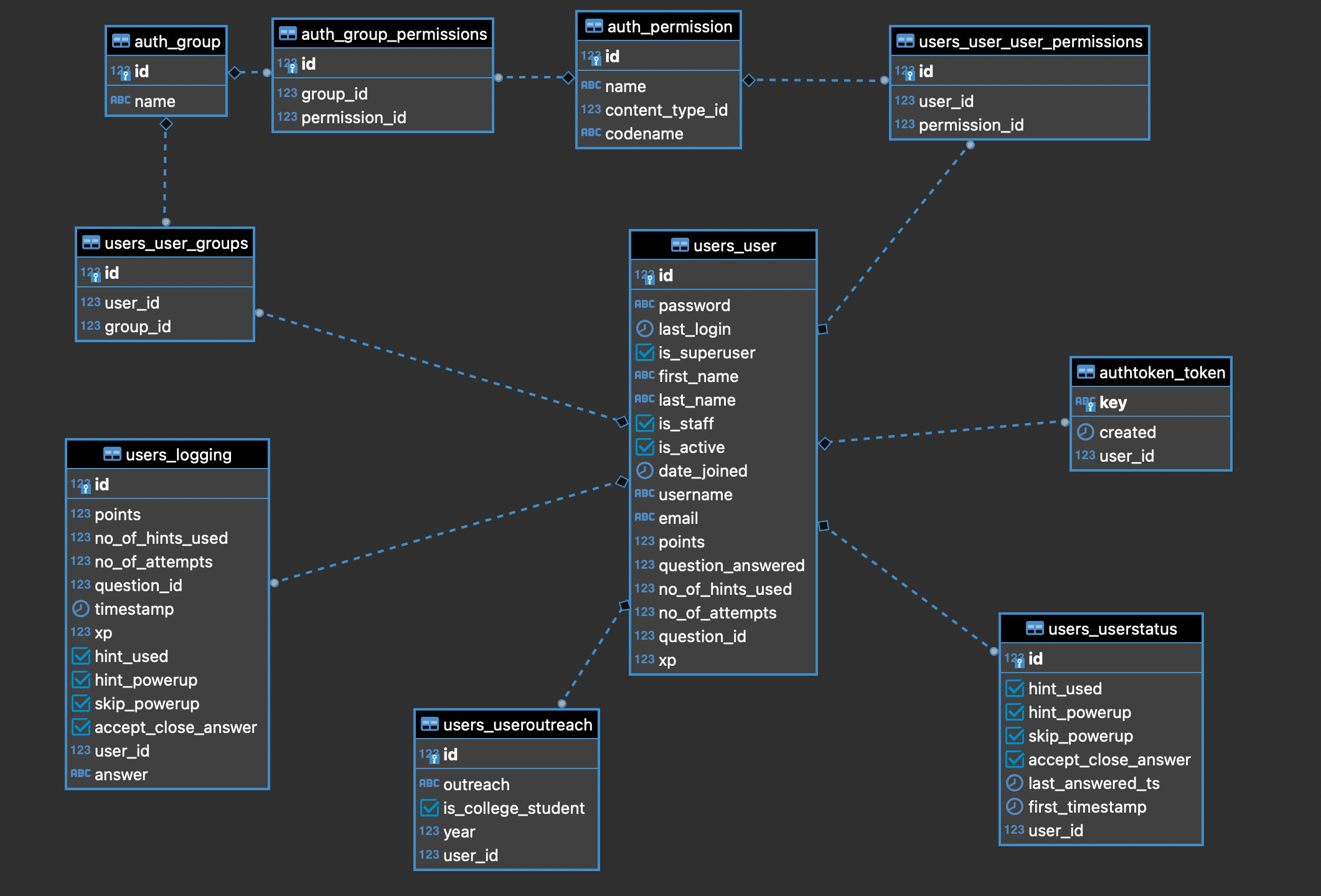 I have only included a few relevant tables here, to paint a clearer picture. The User table is quite self explanatory, it contains details of the user like name, email, points, etc. The UserStatus table tracks the user’s current state, such as whether they have taken a hint, or used a powerup, so that we can let users resume playing at the same state. Logging is a table to log user actions like using a powerup, attempting an answer, etc. This is used to analyze how players are playing and to prevent malicious acts like cheating, etc.

We write a Dockerfile for our codebase like so:

Notice, how we don’t define a startup command here. That’s because we will use the same container to start the Django server and the Celery workers.

Now, we write a docker-compose.yml, to deploy everything (almost xD):

We define four services here: our Django server, a Celery worker, a Celery Beat worker and a Redis server for message queuing. We still need to connect to our database hosted on CloudSQL. You can refer to the official docs to set up your Postgres server on CloudSQL. It’s not a very great idea to expose your database on a public IP, as it makes it vulnerable to all kinds of mayhem. If the IP of our Postgres server is going to be private, we can connect to it using:

GCP provides a tool, Cloud SQL proxy which lets us connect to our private CloudSQL instance from the outside world. You need to create a GCP service account in order to use the proxy, so go ahead and do that. Once you have your .json file with the service account credentials, add the following service to your docker-compose.yml

Note: Make sure to change your database host to cloud_sql_proxy in your Django settings.

Now for the final component of our setup: The Load Balancer. Before, we actually go configure that, we need to think about two things:

Now, with both those things out of the way, let’s add the load balancer service.

We provide a link to the web service, which lets the lb service know which service needs to be load balanced. We port map 443:433, since that’s the default HTTPS port. The volume mapping /certs/:/certs, makes sure that the load balancer has access to the required generated certificates to serve HTTPS server and perform TLS termination. It then passes a plain HTTP request to our actual backend server. The EXTRA_BIND_SETTINGS: 443:no-sslv3 env var takes care of preventing us against the POODLE SSLv3 Vulnerability, while CERT_FOLDER: /certs/ setting tells HAProxy the folder to look in for the SSL certificates.

This entire setup turned out to be quite effective (possibly overkill, but eh xD). We had zero downtime (despite of several hotfixes being deployed), and fast response times. We had more than 2000 players from 69 countries (nice lol) and it was quite an exquisite feeling to see so many people using services designed and deployed by you and your team 🥰